Eager to expand her impact beyond the traditional realm for classical music, Linda Holzer cultivates a multi-faceted career, emphasizing performance, teaching, interdisciplinary collaboration, and entrepreneurship. In her twenties, prior to her appointment at the University of Arkansas at Little Rock, she served as an artist-in-residence for four seasons, performing under the auspices of the North Carolina Visiting Artist Program, with artistic outreach to diverse audiences, from concert halls to community centers, school auditoriums, correctional facilities, and libraries.  Dr. Holzer, University Professor of Music, joined the faculty at UA Little Rock in August of 1995, as the coordinator for classical piano studies.  She was profiled on “The Piano Education Page” as an Artist/Educator in 1997.

At national and international conferences, Linda Holzer has proven herself an engaging speaker and a dynamic presenter.  Her research emphasizes creativity & entrepreneurship; concert performance technology; career guidance for music majors; American composers; business and pedagogic practices of piano teachers. In her teaching, injury-preventive piano technique and musical wellness is fundamental.

A native of Chicago, Linda Holzer has performed in 30 states, as well as abroad in Europe, Australia, and Asia. She is a founding member of the duo Mariposa with violinist Sandra McDonald, assistant concert master of the Arkansas Symphony Orchestra. She is also on the roster for Arkansas Arts on Tour.  Her teachers have included Leonard Mastrogiacomo (a pupil of Rudolph Ganz), Donald Isaak (a pupil of Carl Friedberg), Barbara Rowan (a pupil of Egon Petri), and Michael Zenge (a pupil of Emil Danenberg). Additionally, her training included study with Nelita True and John Perry as a scholarship student at the Southeastern Music Center, and performance in master classes for Ruth Laredo, and Menahem Pressler. She was elected to membership in the honorary music society, Pi Kappa Lambda, as an undergraduate, and is an active member of the College Music Society, and the Network of Music Career Development Officers.  Previous memberships include the Music Teachers National Association, the International Alliance for Women in Music, Chamber Music America, the American Liszt Society, the Arkansas State Music Teachers Association, and the National Federation of Music Clubs. 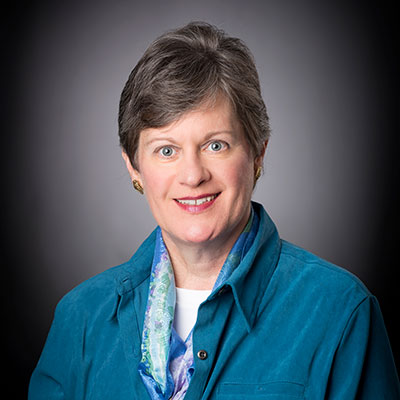 An active soloist and chamber musician, Dr. Holzer’s credits include appearances at the John F. Kennedy Center for the Performing Arts, the New Orleans Center for Creative Arts, New York Public Radio Station WNYC-FM, Noon Time Concerts at St. Patrick’s Cathedral in San Francisco, and with several orchestras, under conductors such as Gerhardt Zimmermann, and Patricio Cobos.  Innovative programming is a hallmark of her music-making. She has a passion for connecting with listeners, and putting them at ease, whether the music is famous masterpieces, or unfamiliar gems.  An advocate for contemporary music, she has premiered works by living composers including Gwyneth Walker, William Bolcom, Ellen Taaffe Zwilich, John Steinmetz, and Ladislav Kubik.  Works by pioneering African-American composers Florence Price and William Grant Still are also highlighted in her repertoire.

As an author, Prof. Holzer has been published in Clavier Companion, Clavier, Piano & Keyboard, CMS Newsletter, and Piano Pedagogy Forum. The editorial board of American Music Teacher magazine awarded her “Article of the Year” for her 2003 article, “Where the Sidewalk Ends: Helping Music Majors Connect with the Musical Community After Graduation.”  Her 2012 world premiere of Scott Robbins’ nine-movement piano solo, Ritual Meditations, was published in the online journal CMS Symposium.  Her articles on composers Ellen Taffe Zwilich, William Bolcom, and Florence Price are cited by Maurice Hinson in Guide to the Pianist’s Repertoire, 4th ed. Indiana University Press (2013). 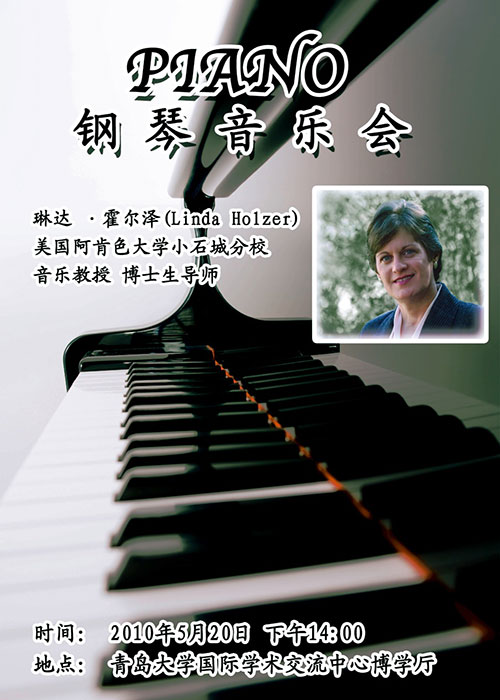 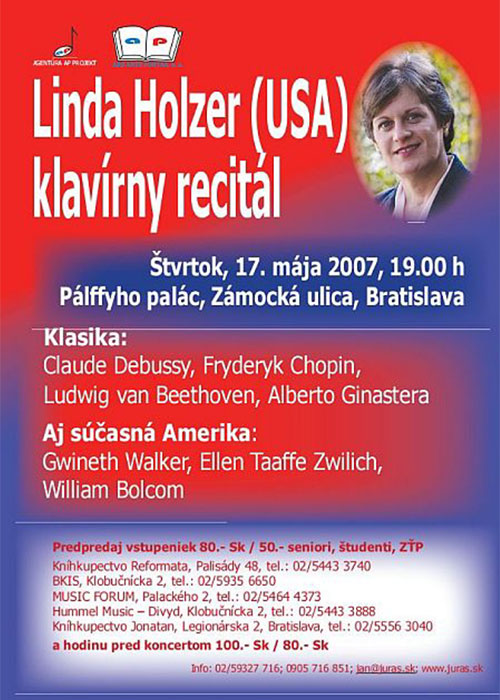 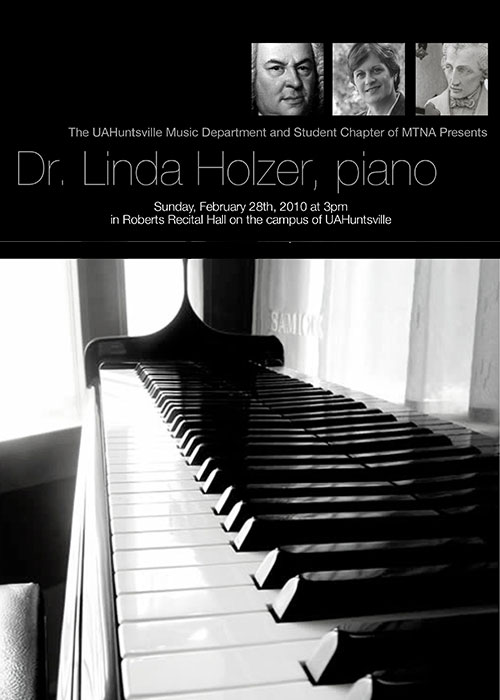